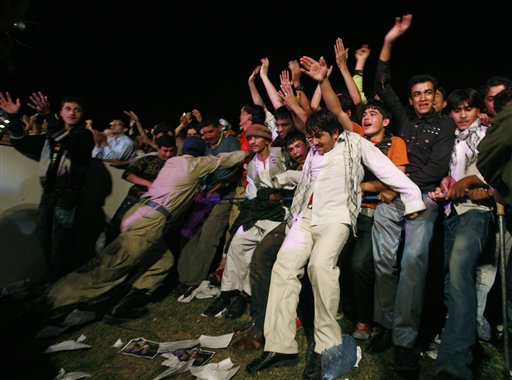 Afghan security men hold back the audience from near the stage where popular Afghan singer Farhad Darya gives a concert at the stadium in Kabul, Afghanistan on Tuesday, Aug 11, 2009. Darya urged the audience to participate in the elections in which Afghans will head to the polls on Aug. 20, to elect the new president for the second time in the country’s history. Darya is Afghanistan?s most acclaimed pop singer. He has released 28 albums to date and given numerous concerts in the United States and Europe.(AP Photo/Musadeq Sadeq)