The Writing on the Wall: Graffiti’s Innocuous Presence 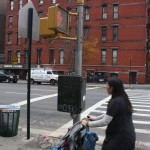 The modern style of graffiti originated in Italy in the form of inscriptions and drawings on sculptures and walls. While, many Europeans consider graffiti “urban art” and consider painting on sidewalks and walls just that, Americans tend to call graffiti vandalism. 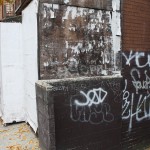 Graffiti as an art form can include drawing, painting and writing, or a combination of all three. 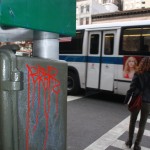 “Tagging” is a type of graffiti used to put a permanent ‘name tag’ on a public surface and has historically been used by some gangs to mark their territory. 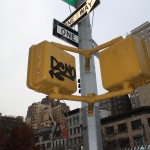 Many are surprised to learn that modern American graffiti began in Philadelphia in the early sixties and it wasn’t until the later part of the decade that the movement arrived in New York City neighborhoods like Washington Heights, Brooklyn, and the Bronx. 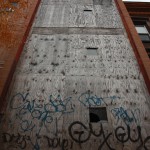 Over the course of the next five years, subway cars became so covered in top-to-bottom paintings (“masterpieces”) that windows were complete obstructed. 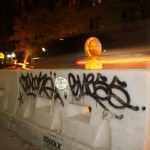 This was the graffiti equivolent of a “golden era,” when graffiti kings would go “all-city” by writing their names in all five boroughs. 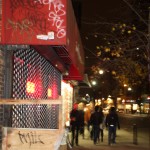 In 1972 Mayor Lindsay declared New York City’s first “war on graffiti”and in May 1989 the last graffitied train was removed from service. 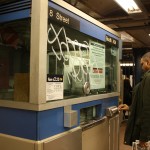 Many large urban centers like NYC have created government funded “anti-graffiti” task forces in addition to initiatives like “Graffiti Free NYC” all in an effort to eliminate gang-related graffiti and tagging. 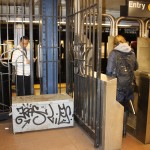 The City’s Graffiti Free NYC Program offers free graffiti removal to properties throughout the five boroughs. To have graffiti removed from your property, call 311. 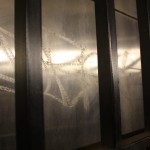 Today, some artists use acid and various sharp metal instruments to permanently etch their names onto glass and various other surfaces. 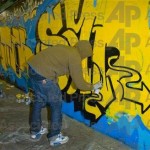 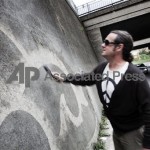 “British artist Paul Curtis creates graffiti by cleaning dirt and grime off surfaces, in Kosice, Slovakia during the “Use the City” festival. Curtis employed his signature technique and stripped away years of accumulated dirt and soot to create his designs. Within days of the completed work, the designs begin to fade, attesting to how laborious it is to clean things up and how easy it is to dirty them up again.” (Photo Credit: Franco Pagetti / VII / AP Photos)

Graffiti, one of the most controversial forms of modern “art,” is rampant in large cities such as New York. While at one point in time graffiti seemed like a strong indicator that the neighborhood was going down hill, now many don’t seem to mind it at all.

Though graffiti has historically been known as vandalism, there have been massive movements in the last 10 years to remove the stigma of this urban art form. Websites such as 12ozProphet have spawned from the graffiti movement in celebration and support of the art form.

Due to the overwhelming interest in graffiti, a company called Graffiti Tours has popped up, offering paying customers a walking tour of various neighborhoods in New York City, like as SOHO, that have been both the inspiration and the canvas for graffiti artists like as BANKSY, COST, and REV. And, if you can’t make one of their tours, they offer self-guided tour maps for just $5.

There are also websites devoted to graffiti writing instruction in various graffiti styles because graffiti is like its own language. Graffiti artists use codes when they tag and, like any language, you can decipher the meaning of the message if you pay close attention to the details.

Man’s interest in leaving a memorial of their existence during a specific time and at a specific place date back to 30,000 BC in the form of prehistoric cave paintings. Lovers carve their initials in the trunks of trees and passers-by write their names in wet cement on city streets all in an effort to memorialize a special time and place in hopes that their presence won’t ever be forgotten.