Posted on November 12, 2010 by Orlando Rodriguez 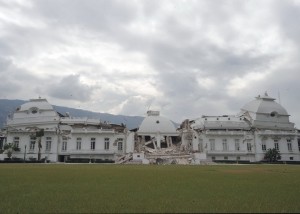 For Haitian-Americans in New York City the question of choosing between Carl Palidino, Andrew Cuomo or Jimmy McMillian was not the main topic of debate this election season. The question is who to trust between candidates for the Haitian presidency.

Unlike Dominicans living in the United States, Haitians living abroad cannot vote in their country’s elections or run for president. New Jersey based singer Wyclef Jean was denied a place on the Haitian ballot because he did not meet the 5 consecutive year residency requirement.

Haitian candidates however campaign for the support of Haitian-Americans at fundraisers in New York, Boston and Miami; raising thousands of dollars in a night. This frustrates members of the community that donate to campaigns, but cannot vote.

Haitians here feel that allowing them to vote can only help and will bridge the divide between the diaspora who plays a large fiscal role and those on the island who have a voice in the political direction of the country.

Below some Haitians based in New York City share their thoughts.

Fiscal support, but no voice.
Residency vs Money

Playing a Vital Role.
Role of the Haitian diaspora